The history of fiberglass

The use of fiberglass dates back to 1836 when Ignace Dubus-Bonnel received the world’s first patent on a method of making them. At the time, fiberglass was hard to make thin enough to be completely flexible, and no reliable method of mass production existed. 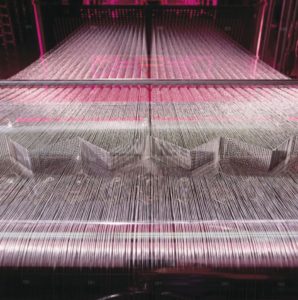 These problems would only be solved in 1932 by Dale Kleist, a graduate student who was working part-time at Owens-Illinois as a researcher. The company wanted to make glass blocks for architectural use, and its researchers were looking for a way to seal the two halves of a block together so that moisture couldn’t get inside.

He decided to try a metal-spraying gun with molten glass instead of bronze and discovered that it created a shower of ultrafine, thread-like glass fibers.

Owens-Illinois immediately recognized that this was an excellent way to make glass wool for insulation and that it might be adaptable for other applications.

Four years and the researchers were turning out individual strands long and flexible enough to be woven into cloth. The cloth was remarkably strong, and it could be cut and folded just like ordinary fabrics.

← Fundamentals of Applied FEA Course Recotrans Project by AIMPLAS →
We use cookies on our website to give you the most relevant experience by remembering your preferences and repeat visits. By clicking “Accept”, you consent to the use of ALL the cookies.
.
Cookie SettingsAccept
Manage consent